If everyone from ex-spouses to kids on playgrounds to leaders of states and religions found it in themselves to forgive each other,

The roots of conflicts are long, twisted and deep,

and it can feel impossibly difficult to get past unimaginable betrayals and hurts of all kinds.

forgiveness has been on my mind as of late.

‘When true forgiveness happens it is one of the most astonishing and liberating of the human experiences’.

I get it because

I had a moment like that once. A moment of forgiveness that was utterly astonishing and liberating that caught me completely by surprise.

I am not ready to write about it yet, but in due time, I will.

One day over the Christmas holidays however, I did experience an afternoon of

I don’t even know what else to call it.

It was a very hushed and thoughtful sort of afternoon in Waterton. The weather was frigid and we were hanging out in our cottage, each of us doing our own thing.

Random long-ago events and people kept popping into my mind,

The teacher that made fun of me in grade school because I wrote too much,

the old boyfriend whose stinging, guilt-inducing words I can still hear,

the friend who lied to me,

the time I lied.

as I remembered the old hurts,

based on my distorted and fuzzy memories,

I did what felt right and quietly and gently just let each one go. 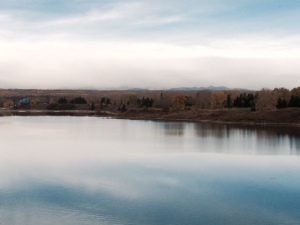 a seemingly insignificant exercise but not,

one afternoon’s humble contribution towards the healing of our world.

Now that I am in the business of card creation and retail,

I have been thinking a lot about the wider context of sending and receiving letters, cards and messages,

especially given that I am also a writer.

My dear friend Charlotte and I used to laugh over the memory that when we were kids I could spend hours in office and stationery stores, whilst she was enamored with drugstores.

Hence, she is now a physician and I am…..well, still smitten with words and paper.

Preparing to write this piece, I looked through just one of the boxes I have that is full to the brim with cards, letters, and notes that I have received over the years,

identifiable scripts of family and friends, pictures the kids have drawn,

even doodles, quotes, and bits and scraps of paper that have for one reason or another captured my attention,

my stashes of paper love, 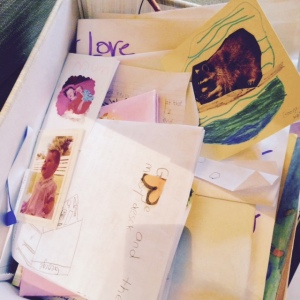 This is the recent stuff,

I could dig much deeper to the time of

but those particular collections I keep hidden farther away but still kept to be found one day,

when my kids are ready to know the fullness of who I was before them.

For now, though,  I am far more captivated by the more recent bits, 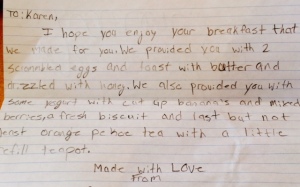 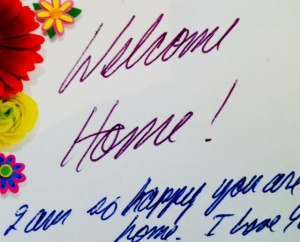 these are the stories of me and us,

the love-filled evidence that both makes up and fills up my heart.

There is, I believe, such tremendous power in telling people how we feel about them,

and an even greater power in actually taking the time and energy to write our feelings down and let people hold onto and savor our messages,

tangible reminders of support and love.

I am so delighting in this path that I am now on, and I look forward to talking  in more expansive ways about the possibilities around sending and receiving all sorts of messages of love and peace,

than we even realize.

This week our George turned 10.

We are undeniably leaving the world of young children and entering the more complicated realms of tweendom and teenager-hood,

and even wedding planning and such!

I am, however, ready for the wild ride.

I have never quite gotten over the feeling that

I am the lucky one that gets to mother these three and witness the unfolding of their beautiful lives.

I suspect that I have just as much to learn from them as they do from me.

Mom, today would be your birthday too.

and I wish, as I have wished a hundred thousand times before, that you were here to guide us and enjoy these kids, as you would have done ever so completely,

but the truth that I have always trusted and known

is that you are.

One thought on “On forgiveness, letters new and old, and no more single digits”